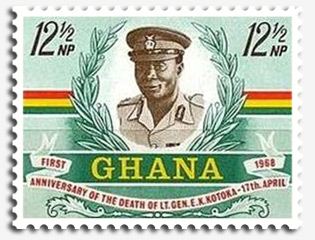 Accra Kotoka International Airport was named in honor of Lieutenant-General Emmanuel Kwasi Kotoka (1926-1967), a member of the National Liberation Council who was killed in a coup attempt at the place where today is the forecourt of the airport.

Accra Kotoka International Airport is the largest airport in Ghana. Its international code (IATA code) is ACC. Its ICAO code is DGAA.

The Accra airport area covers about 300 hectares for a secure perimeter of about 10km. Its 3400-meter runway allows the landing of the largest aircraft such as the Boeing 747.

Kotoka Airport in Accra is very dynamic and has been growing steadily over the decades. In 2016 more than 3 million passengers passed through its terminals and several companies have made it their base to serve Ghana and foreign destinations. To enable the development of these activities under the best conditions, the construction of a new terminal (Terminal 3) began in 2016.This construction was acheived in 2018 and Terminal 3 was open to public on september 2018

Check the flight display board for arrivals and departures at Accra Kotoka International Airport. Stay informed of delays and cancellations by bookmarking this page :

Weekly timetable of flights from and to Accra Kotoka airport

Read ratings and reviews of others passengers and write your own